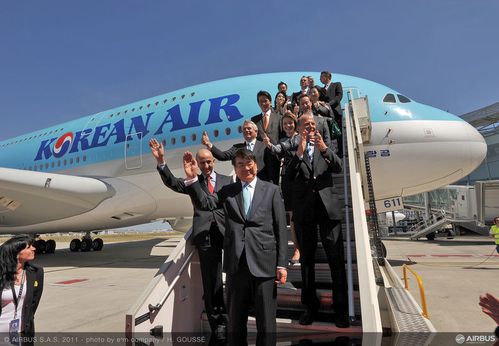 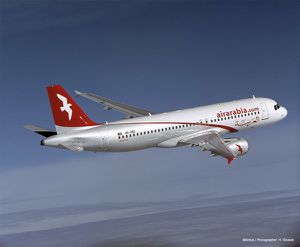 Taking possession of the A380 fleet Korean Air to Toulouse in the presence of officers of the company and manufacturer.

The Moroccan company Air Arabia ordered 44 aircraft to 320 in April 2011, they will be equipped sharcklets wing tip that can save 3.5% of fuel which, in these days is not uninteresting and also improves the image of the airlines that participate in sustainable development in aviation.

Germania delivery of its first nine Airbus A319

EADS: SAT, parent company of Germania, a German company based in Berlin, received the first of five A319 aircraft directly purchased from Airbus. This command is part of the renewal of the fleet of the company, with eco-efficient A319 Airbus, by the end of 2013. The aircraft will be operated by Germania on its routes to 30 destinations in Germany, Europe, the Mediterranean and the Middle East.

"We welcome today in Hamburg, our first A319 aircraft purchased new. This delivery marks the beginning of a new era in the planning of our fleet. The A319, one of the most popular aircraft on short-to medium-haul, we will ensure a wide range of flights, both charter and scheduled, in a particularly cost-effective and flexible. The A319 low fuel consumption contributes significantly to climate protection, and features perfectly 'green Germania', "said Axel Trampnau, Chief Executive Officer of Germania.

For these aircraft, powered by CFM, Germania has chosen a spacious single-class layout, seating 150 passengers and offering even more space and comfort. The cabin of the aircraft will be equipped with an advanced in-flight entertainment, including video screens and individual audio programs.