According to the latest information available, the jihadists had coordinated their interventions, three suicide bombers crews intervened in the capital Friday, November 13, 2015 in the early evening.

The toll is 129 dead and 352 wounded, including a hundred struggling against death in the Parisian hospitals ... 8 jihadists are dead, 7 have triggered the bomb they had on them and was shot dead by security forces of the order.

Jpg image above: Recovery room overloaded at St. Louis hospital. The author of the photo, Pourya Pashootan, clinical director at the Saint Louis Hospital, said that half of the medical staff of the photo came from his "own free will to help the victims."

-to Romilly in the Aube where the family resides solely bomber identified for now, a French born in 1985 in Courco 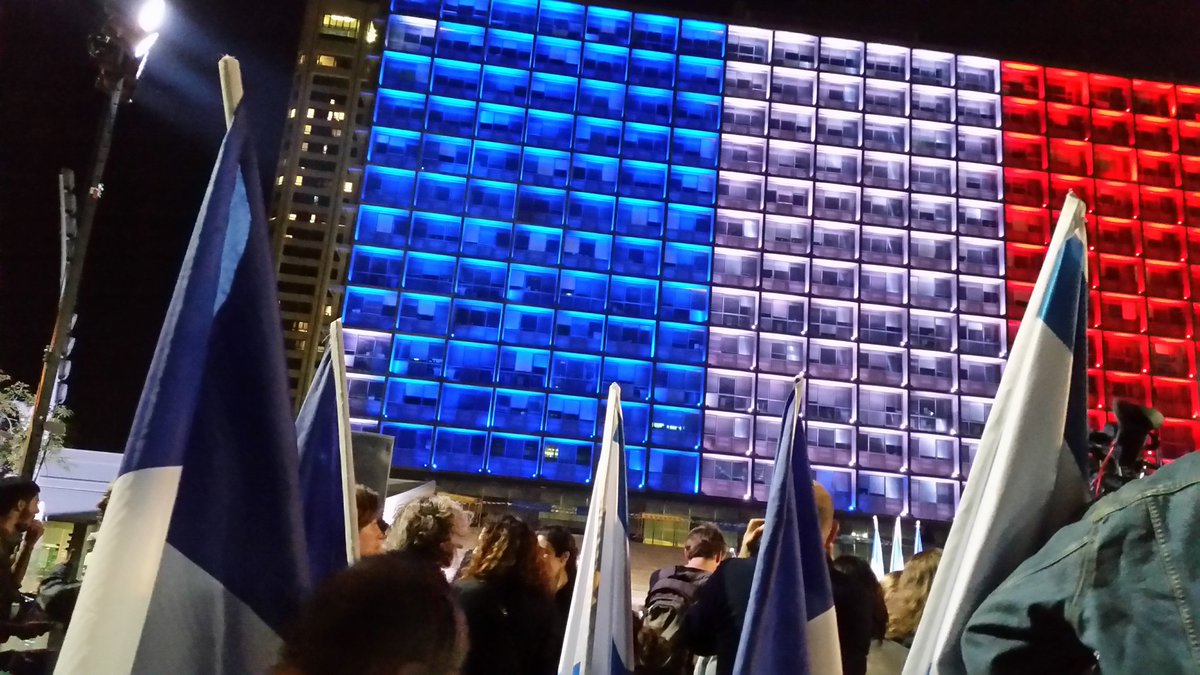 uronne in Essonne, a man known to police and subject to an "S" profile of French intelligence services, radicalized Muslim.

-to Brussels which came some terrorists on the run, but stopped at the French-Belgian border, as they were returning from their morbid equipped in Paris.

above image jpg Rabin Square in Tel Aviv this evening of red white blue: Franco-Israeli of 100aines is receuillent # AFP

The Prime Minister invited the 20:00 TF1, Manuel Valls returned to the attacks that hit Paris on November 13.

"We are at war." France is "at war" and "hit" his "enemy" Islamic state organization for the "destroy" said Saturday night the Prime Minister Manuel Valls.

"What I want to tell the French is that we are at war (...) yes, we are at war" and "we will act and we will hit this enemy" jihadist "to destroy" in France, Europe and Syria and Iraq. All in a response that would "level with this attack." "We will win this war," he has said even before saying: "We répliquerons blow for blow to annihilate Daesh".

"No zero risk". Manuel Valls assured that France "should expect more aftershocks" of "terrorists", following bloody attacks that left at least 129 dead in Paris and Saint-Denis. "We have always said that there is no zero risk" since the attacks of January which affected Charlie Hebdo and Hyper Hide, recalled the tenant Matignon. He finally explains that France should "expel all those radicalized imams."

But also: and "fall from citizenship those who violate the soul of France" "There will be no respite for those who prey on our values," he said.. "We will respond at the same level (...) with the same will to destroy," he repeated.

Items related to terrorism in the month of January 2015 (Charlie Hebdo ++):

Terrorist attacks in France and in neighboring ... <